A note from the Deacons: Norfield Church welcomes all congregants to join us for in-person worship in the Norfield Sanctuary as well as online via YouTube. The Holy Spirit is truly alive at Norfield, and fills our Sanctuary every Sunday as we join our hearts together in prayer, music, faith and devotion to Jesus Christ. Please feel free to wear a mask if you choose; we will also provide masks to those who need one. To learn more visit Connecticut's COVID-19 guidelines. 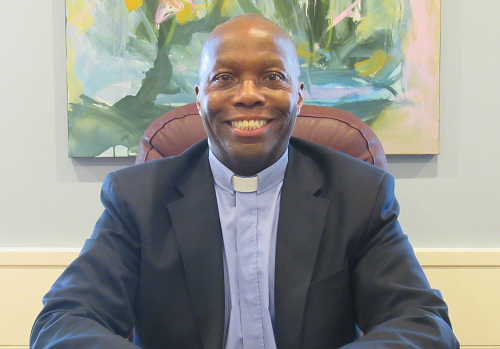 Within darkness, there is hope…

Westport Country Playhouse is proudly presenting its season opening show, Next to Normal. This 2009 musical won a Tony Award® for pop/rock musical and won the 2010 Pulitzer Prize for Drama.

On Tuesday, April 12th at 7:00pm, Norfield Congregational Church’s Senior Minister, the Rev. Dr. Bernard R. Wilson, will be the featured speaker during the post performance talk back. He’ll discuss the counseling and pastoral services offered through the church to assist people with mental illness, and the intersection of pastoral care and spiritual practice with mental health.

We hope to see you there!

About Next to Normal

The musical lifts the veil on family loss and individual responses to crisis and endurance. It pushes the boundaries of contemporary musical theater in an attempt to de-stigmatize mental health illness and raise awareness.

Contribute to our 2023 Pledge Campaign

Need more information? If you have any questions about pledging and donations, please email Teri Gaberman in the church office at tgaberman@norfield.org or call 203-227-7886.